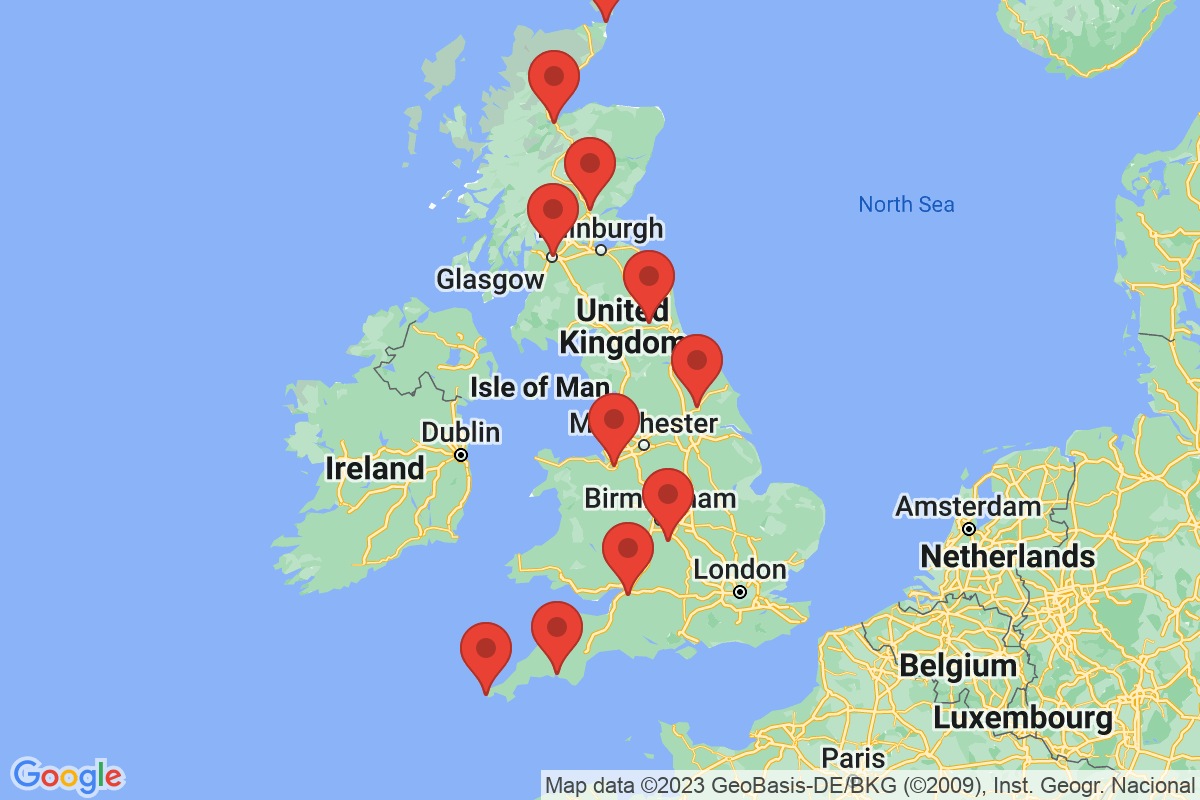 John o' Groats is a village in Caithness in the north of Scotland.

John o' Groats sits at one end of the longest distance between two inhabited points on the island of Great Britain; Land’s End sits at the other end.  The phrase “Land's End to John o' Groats” is used as a figure of speech for great or all-encompassing distance, similar to the American phrase “coast to coast”.

The village takes its name from Jan de Groote, a Dutchman who obtained permission to operate a ferry from the Scottish mainland to Orkney which had been recently acquired from Norway, by James IV, King of Scots, in 1496.

A groat was the name of a long-defunct coin used in Scotland and England.