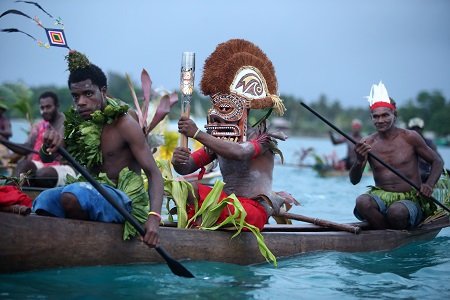 The Commonwealth Games are heading back to Scotland in July 2014 and we couldn't just resist the temptation to celebrate by replicating the Queen's Baton Relay route on World Walking. It's massive! - 11 stages, 70 countries, 136,000 kilometers.  We'll be launching it in January.  If you're up for a challenge then it's time to get your team together.

Thanks to Kate McCheyne at Glasgow 2014 for the smashing photograph of the Baton in Papua New Guinea.

Welcome to World Walking.  Thank you for joining.

We hope you will enjoy taking part and that it will give you that little extra motivation to want to stay active.

PS: If you have an idea for a new virtual walk please let us know using our contact page and we'll see what we can do.